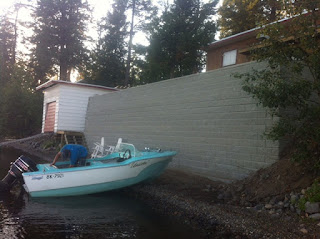 The Battle with the Bulge
Look at this beautiful lakefront property in northern British Columbia. It’s a secluded cabin with the added “curb appeal” of a 12’ (3.7 m for our metric friends) tall Allan Block wall. Like so many of us, the owner of this cabin wanted to address a relatively large grade change in his backyard and gain as much usable space as possible. What was his first step? He called a trusted local contractor who had been in business for over fifty years. 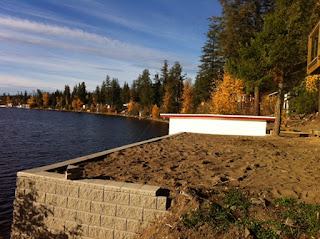 The contractor quickly went to work. He dug and poured a foundation for wall, stacked some blocks, and backfilled. When all was said and done, the homeowner had a rather attractive wall in his yard with a lot of added usable space as is shown above. 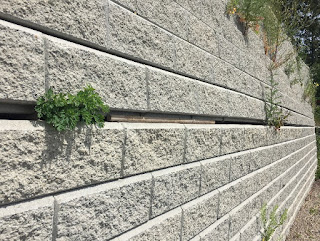 Two years later the homeowner reached out to Allan Block. His retaining was bulging. Bad! What went wrong? He hired an experienced contractor. The contractor was meticulous in his base preparation and leveling the first course. Unfortunately, his contractor was not an AB Certified Contractor. Here are some of the mistakes that were made:


Sufficed to say the homeowner was dissatisfied with his retaining wall. The contractor readily admitted his mistakes and offered to correct them. We provided him with our Best Practices document and our Commercial Installation Manual. The wall is scheduled to be rebuilt in the Spring of 2017. Hopefully, this time it’s built correctly. Time will tell.