Happy Birthday America! A Celebration and Reminder of Why We Celebrate

In America, no holiday is more significant than Independence Day, the Fourth of July; the day in which we celebrate the signing of the Declaration of Independence in 1776 and the relative “beginning” of this illustrious country.   In honor of this esteemed holiday, while those of you who live in the States are out enjoying the parades, the fireworks, the  grilling and the gathering – here are a few inspiring quotes to help us all remember the reason we celebrate.

You have to love a nation that celebrates its independence every July 4, not with a parade of guns, tanks, and soldiers who file by the White House in a show of strength and muscle, but with family picnics where kids throw Frisbees, the potato salad gets iffy, and the flies die from happiness.  You may think you have overeaten, but it is patriotism.  ~Erma Bombeck

This nation will remain the land of the free only so long as it is the home of the brave.  ~Elmer Davis 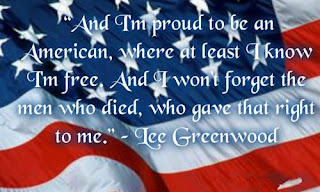 Those who deny freedom to others deserve it not for themselves. ~Abraham Lincoln
And I'm proud to be an American, where at least I know I'm free. And I won't forget the men who died, who gave that right to me. ~Lee Greenwood

My definition of a free society is a society where it is safe to be unpopular. ~Adlai Stevenson

For to be free is not merely to cast off one’s chains, but to live in a way that respects and enhances the freedom of others. ~Nelson Mandela

In the truest sense, freedom cannot be bestowed; it must be achieved.  ~Franklin D. Roosevelt
Where liberty dwells, there is my country.  ~Benjamin Franklin 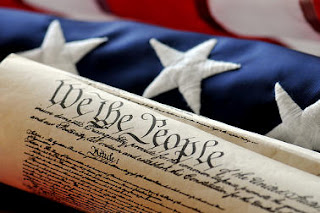 We hold these truths to be self-evident, that all men are created equal, that they are endowed by their Creator with certain unalienable Rights that among these are Life, Liberty and the pursuit of Happiness. ~Thomas Jefferson

There, I guess King George will be able to read that. ~John Hancock 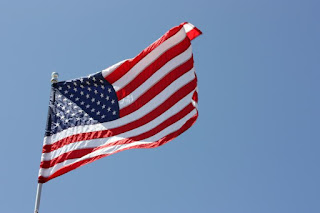 In the truest sense, freedom cannot be bestowed; it must be achieved. ~ Franklin D. Roosevelt

As mankind become more liberal, they will be more apt to allow that all those who conduct themselves as worthy members of the community, are equally entitled to the protection of civil government. I hope ever to see America amongst the foremost nations in examples of justice and liberality. ~George Washington 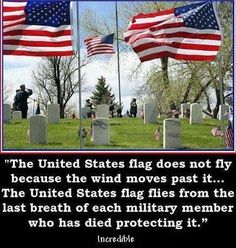 Give me liberty or give me death! ~Patrick Henry

America…it is the only place where miracles not only happen, but where they happen all the time. ~Thomas Wolfe

Above all, we must realize that no arsenal or no weapon in the arsenals of the world is so formidable as the will and moral courage of free men and women. ~Ronald Reagan

The cost of freedom is always high, but Americans have always paid it. And one path we shall never choose, and that is the path of surrender, or submission. ~John Fitzgerald Kennedy

Happy Birthday America!  To those that have fought and sacrificed for the freedoms we hold dear and to those that continue to hold the line; We at Allan Block thank you. 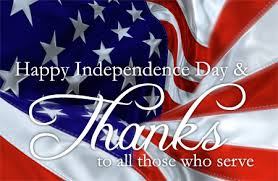